"Déjà Vu" is the result of a project of José Carlos Nascimento held in Coimbra and materialized in a set of several color photographs of circular staging tables that the artist had already, and returning to them. It is a group of superb images of settings for the beauty and especially the colors and the light that underpinning. The allusions to classicism is overwhelming, referenced in the format of the pieces in Renaissance tondos, the density of the light sweet, the scenographic choices and color palette suggest us transparencies and thin glazes of paint.

"New Cross" embodies a project still in development, by José Carlos Nascimento and the teacher and Greek photographer Achilleas Tilegrafos. The idea is to give a new generator towards a set of photographic images without reading, integrated, can achieve multiple meanings. The number of pieces alludes to the city and spaces, as well as details of the reality which takes shape and expression only in the moment you arrive to the reception or reading. Blown away, these pieces do not have a speech concatenator. Incorporated in copyright pairs, forming always a double, José Carlos Nascimento and Achilleas Tilegrafos images invite to new revelations, trying to give directions to configurative diptychs that the authors created randomly.
Carla Alexandra Gonçalves 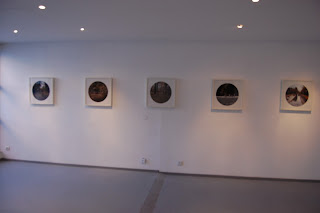 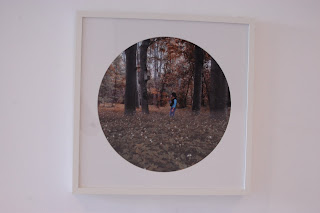 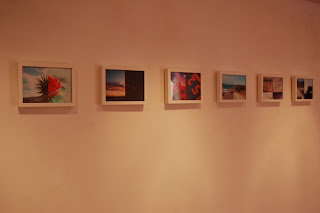 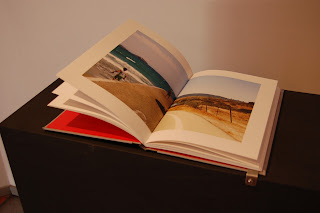 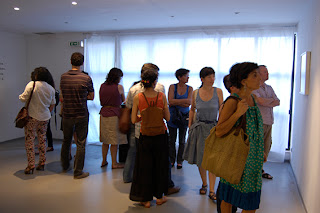 openend [ # 001_MR ] is the first result of a transdisciplinary project which is based on the figure of Isabel of Aragon ( 1269-1336 ) . steadying in the centrality of this character that keeps alive the coimbra spirit , we intend to transfer her body , covered by history with the aura of immortality , into an artistic dimension , allowing their on reflection on its importance in the context of XXI century of Coimbra's materiality and spirituality . openend [#001 MR]  July 4 to 28 2013 Curator: Carla Alexandra Gonçalves Artists: António Azenha, António Jorge, Benvinda Araújo, Jorge Simões, José Carlos Nascimento, José Pedro Reis, José Vieira, Pato (Rodrigo Canhão), Pedro Medeiros Performance: António Azenha
Ler mais 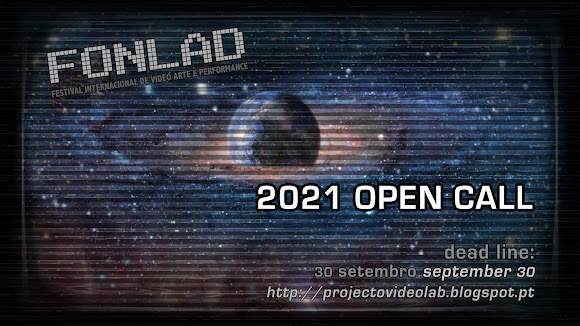 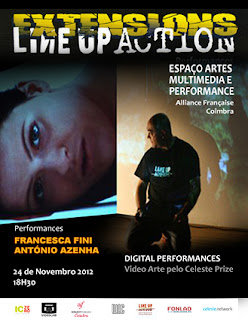 The Performance Festival LINE UP ACTION emerged in 2010 on the IC   Zero Association curated by the artist and performer António Azenha . The LINE UP ACTION festival proposes to establish a recurring event in Portugal reference within the performance art . This artistic expression born in the interstices of the vanguards and neo - avantguards of the XX century , definitely asserting itself in the decades of 60/70 . To date , the transdisciplinary nature , contingent and untimely of performance art has continued to evolve and mutate, dialoguing with a huge diversity of speeches and media . The emergence of digital culture and the changes that occurred with the advance of globalization give to this expressive tradition a unique ability to process both the technological saturation and the  contemporary territorial epistemic movements . The inclusive nature of multimedia and performance is now shown in the transactions
Ler mais